HOLY CRAP, what a time to move to the Midwest. It gets cold here, everyone knows that. However, this year, it decided to have a Polar Vortex. Dumb name aside, what that means is, it reached records lows at below -50 and was colder than it is on Mount Everest where people have literally frozen to death!


Let me set the stage a little.... This first picture is a NORMAL Midwest winter day. The snow was about 11 inches deep and this all happened overnight. Notice the roads are clear though! It actually wasn't that bad if you really layer up. 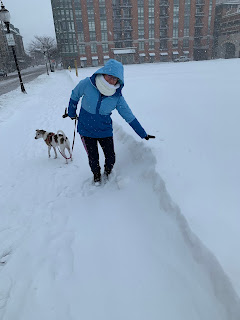 We weren't the only ones that had to bundle up, Major got a dapper sweater and little booties! He actually didn't mind it. He's so cute! 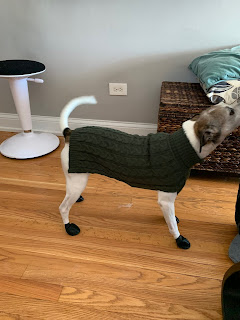 ...and then there is Argos. He ENJOYED sitting outside when it was -3. You know, no big deal. 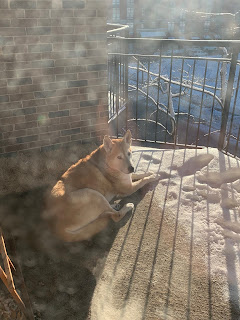 It got so cold that the river iced over in downtown! I never thought it would get that cold! 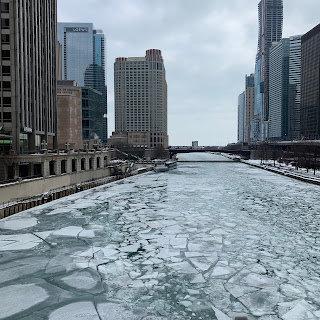 However, all of this was nothing compared to the Polar Vortex. People weren't allowed to be outside for more than 30 minutes due to the risk of frost bite through clothes! Luckily, I was able to work from home the first day. On the second day, I tried to go into work but could drive my car because the ice had formed so thick inside my wheel well (below) that I couldn't turn my tires! I tried breaking it off with a hammer but it was too hard and my hand started getting frost bite through my gloves!! I do have to give props to my Subaru Outback though, during these insanely low temps, it always started. Sometimes it took a few turns and the breaks were a little stiff until the break fluid thawed but it made it. Thanks trusty steed! 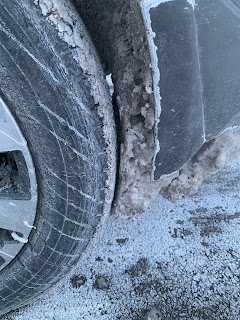 Anyways, i guess if we survived the Polar Vortex then we are ready for anything! Especially summer.... ha!

Hi! Welcome to my blog! This place has a lot of history, I started it in 2007 but then forgot about it when the social media boom hit. I have since quit social media but still wanted a place to share my travels and experiences so I found my way back. I'm not doing this for money so you won't find any ads here, just a girl and her thoughts. I hope you enjoy!